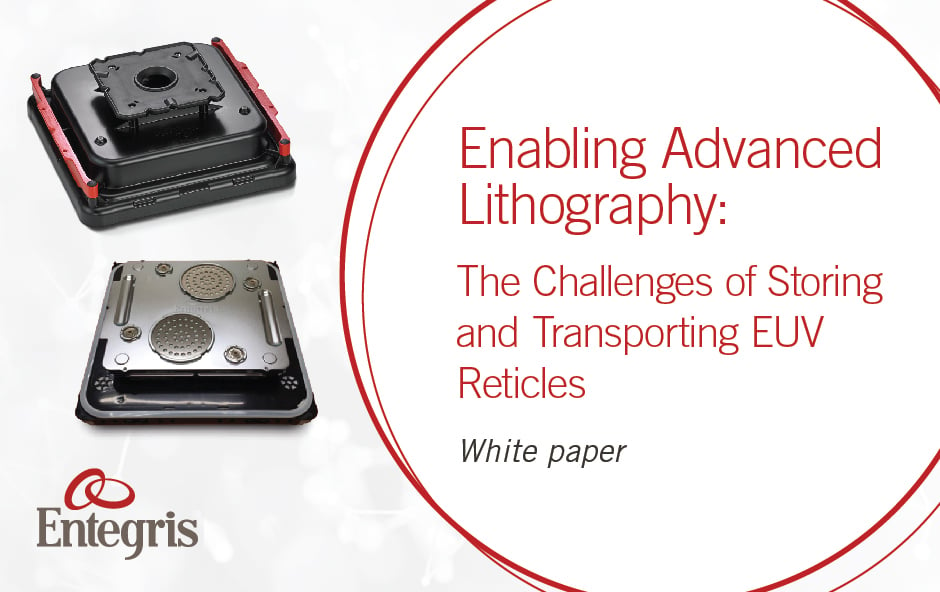 This paper explains the challenges inherent in designing pods for EUV lithography and proposes solutions that will allow more fabs to implement advanced lithography nodes at their facilities.

Extreme ultraviolet (EUV) lithography is expanding into high-volume production as the semiconductor industry continues to push the envelope of ever-shrinking design dimensions. For advanced nodes at and below 7 nm, EUV lithography is an enabling technology for streamlining the patterning process. Reliable pattern making at such a fine scale requires ultraclean reticles.
Like all reticles, those used for EUV lithography rely on reticle pods for safe storage and to protect them during lithographic patterning, inspection, cleaning, and repair. The protective pod must last for many years without introducing unwanted contamination or physical damage.
Pods designed for 193 nm immersion lithography are not sufficient to protect EUV reticles. The unique requirements of EUV lithography pose additional constraints and demands on pods, making the EUV reticle pod a highly specialized piece of equipment with multiple critical components.

The finer the lithographic patterns, the greater the risk reticle contamination poses. Potential contamination sources include both foreign particles and chemical residues. Reticle coatings are delicate and easily damaged. Anything that touches a reticle, whether it is an expected part of the process such as a robot arm in the fab or an unexpected contaminant such as a human hair, has the potential to cause damage.

Immersion lithography relies on pellicles to act as “dustcovers” that protect reticles from particle contamination during pattern exposure. Pellicles need to be optically transparent, which in the case of EUV lithography means that they must be transparent to light in the EUV spectrum with wavelengths around 13.5 nm. Most existing pellicle film materials absorb EUV light, but the semiconductor industry is starting to implement EUV-specific pellicles (see Figure 1).